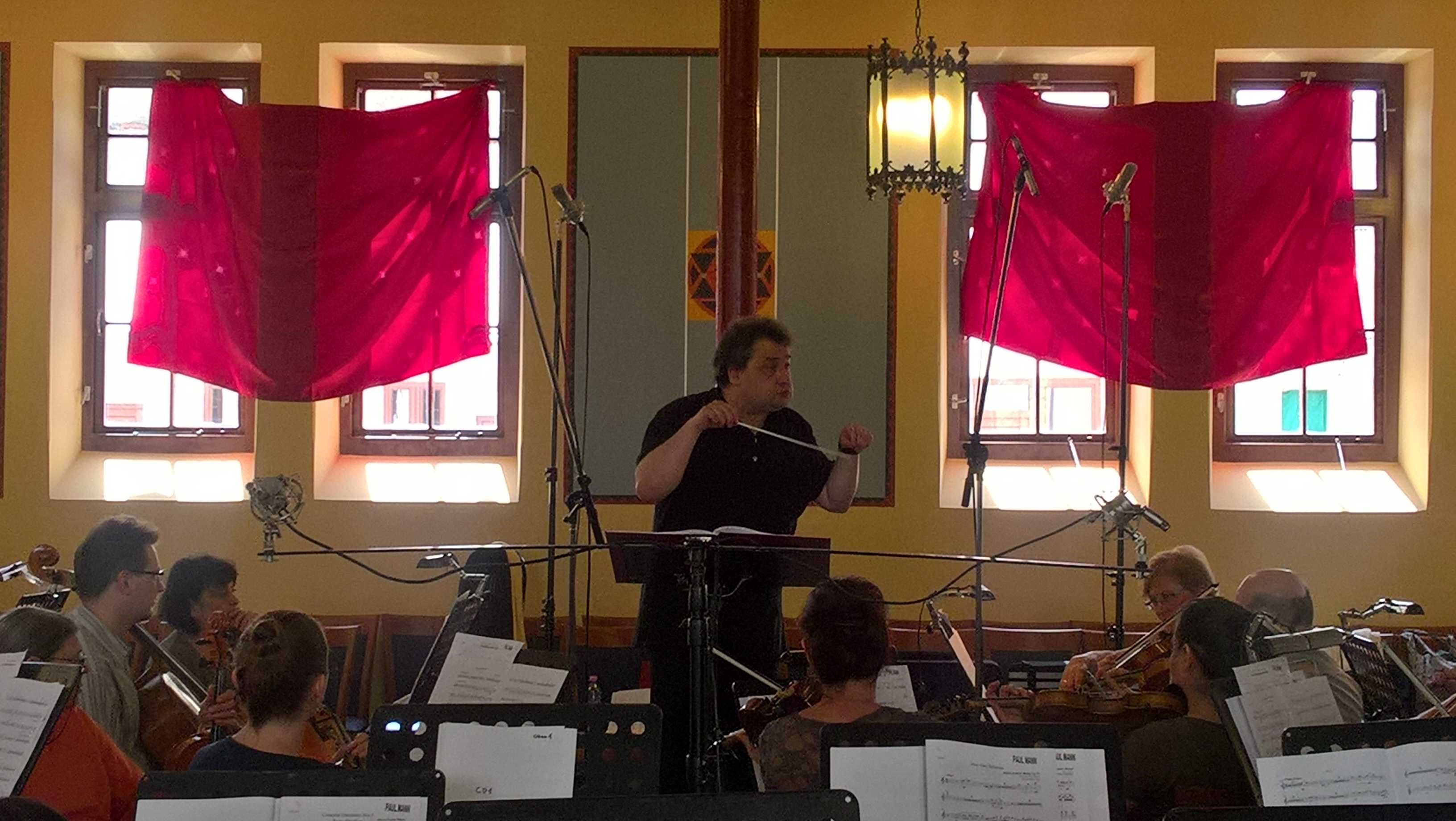 His work as chief conductor of the Odense Symphony Orchestra in Denmark achieved considerable critical success, particularly in the symphonies of Beethoven, Elgar, Mahler, Schumann and Shostakovich, and with whom he also made numerous recordings of a wide range of repertoire, for such labels as Bridge, DaCapo and EMI.

He first came to international attention as first prizewinner in the 1998 Donatella Flick Conducting Competition, as a result of which he was also appointed assistant conductor of the London Symphony Orchestra. He made his LSO debut shortly afterwards, and subsequently collaborated regularly with the Orchestra both in the concert hall and recording studio. Special projects with the LSO included the Duke Ellington Centenary Concert at the Barbican Hall with Wynton Marsalis, and a famous collaboration with the legendary rock group Deep Purple in two widely acclaimed performances of Jon Lord’s Concerto for Group and Orchestra at the Royal Albert Hall, the live DVD and CD of which remain international bestsellers. Among his most recent recordings is the first-ever studio recording of Lord’s Concerto, with the Royal Liverpool Philharmonic Orchestra, in collaboration with Jon Lord himself and a star-studded cast of soloists, and the live recording of Celebrating Jon Lord, a special concert which took place at the Royal Albert Hall in April 2014 with an all-star cast paying tribute to the late composer.